Thousands of tributes for the late star whose real name was Eugene Merrill Deitch, many fans sharing their condolences.

Born in 1924 in Chicago, the comics artist worked as a draftsman for North American Aviation before entering the military and undergoing pilot training. After he was discharged due to medical reasons, he settled in Prague where his career eventually took off.

The legendary animator star is best known for directing 13 episodes of the popular animated series, Tom and Jerry. He also worked on the famous Popeye the Sailor series and received the Winsor McCay Award in 2004 for his lifelong contribution to animation. 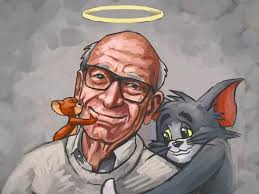 In a career spanning nearly six decades, Deitch directed popular cartoons like ‘Munro’, ‘Tom Terrific’, ‘Nudnik’ among many others. He directed around 13 episodes of ‘Tom and Jerry’ for Metro-Goldwyn-Mayer (MGM) Studios  from 1961 to 1962 and multiple episodes for ‘Popeye the Sailor’ for King Features Syndicate TV between 1960 and 1963.

Gene Deitch has won the Academy Award for Best Animated Short Film in 1960 for his hit flick, He won an Oscar in 1961 for ‘Munro’, a nine-minute long Czechoslovak-American comedy.

He was also nominated for the same award twice in 1964 for Here’s Nudnik and How to Avoid Friendship. 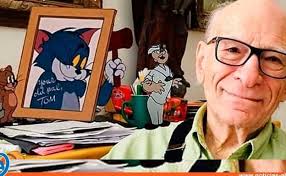 He is survived by his wife Zdenka— who he met after arriving in Prague in 1959— and three sons from his first marriage. All of them are cartoonists and illustrators.

As tributes continue to flow, May his soul rest in peace. Our thoughts are with his loved ones.